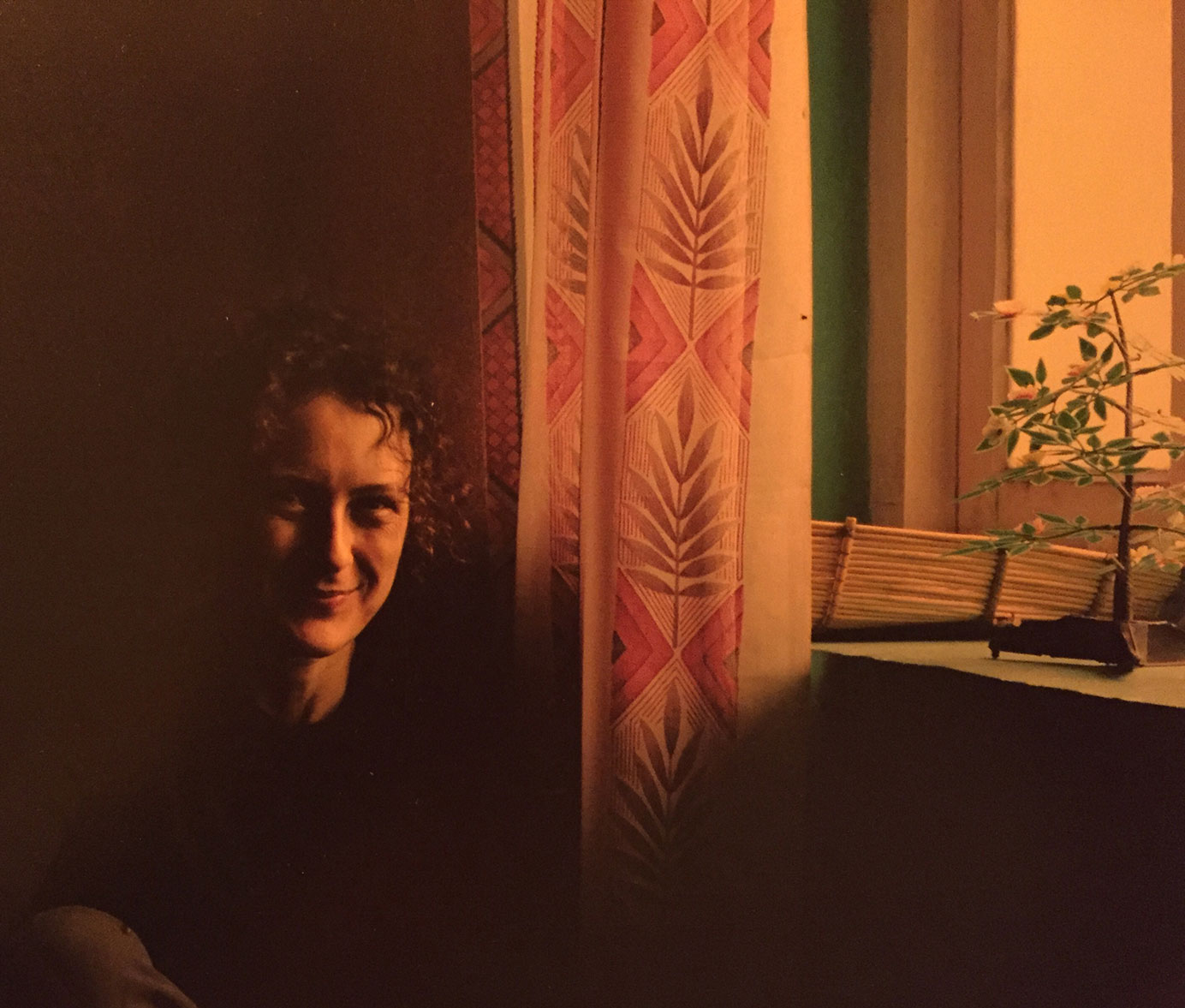 Livia Liverani was born in Rome in 1962. Her passion for visual arts starts early in her life under the influence of her grandmother and artist Elvira Franceschini. She graduates from the European Institute of Design (editorial graphics) and attends the course in Painting at the Accademia di Belle Arti in Rome. In the same period she works at Studio Colony (Rome) and for the Hotel Ritz (Paris) as an interior designer. She then moves to and lives in Indonesia for four years, during wich time she travels in Asia, where in Japan she develops her design in fabrics.

In 1990, to search thoroughly her previous studies on eastern philosophies, decides to learn Chinese language and Taoist philosophy at the ISMEO in Rome and Sanskrit at the Indian Cultural Centre. She than moves to and lives in China, in the Yunnan province, from 1995 until 1997. In 2005 she travels to Lakkah where she meets Lama Yeshe Jamyang who becomes her teacher of the art of Tibetan Thangka. Her first painting on silk is to be found in the Monastery of Lamayuru, Ladakh. Her works have been exhibited in Rome, Barcelona, and on numerous occasions in New York.